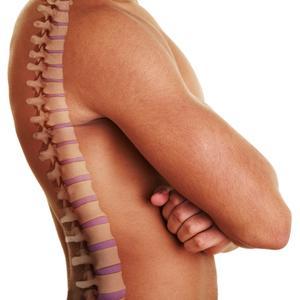 In the U.S., more than 1,150,000 people go under the knife for spinal problems every year, a rate double that of most developed countries and five times that of the United Kingdom, says Richard A. Deyo, M.D., professor of evidence-based family medicine at Oregon Health & Science University. Yet the outcomes have been no better. "Maybe 5 percent of patients with back pain need surgery," says Dr. Charles Rosen, MD.

Advanced and improvement surgical techniques have not yet conquered the ability to repeatedly reduce back pain experienced by most patients, some of whom have the notion that undergoing back surgery will change their conditions and rid them of their problems. Despite such technological advances in surgery, many spinal surgeries just don’t turn out as expected.

In some cases, patients will suffer from spine surgery pain, also referred to as failed spinal surgery pain, where they experience excruciating spinal pain after undergoing a surgery. Physicians refer to different patient end results and the reasons for their pain to help them determine how different patients respond to the treatment, how long they take to do so as well as how to curb these problems that seems persistent.

Quite a large number of people are victims of back pain in the United States as shown through data collected, that approximately 85% of the older population in their lifetime suffers as a result from this. Studies conducted out over a period of years have revealed that the rate of spinal surgeries carried out has risen by 200%.

From statistics collected, it shows that the more one undergoes spinal surgeries, the less the results turn out to be a success.

In our Littleton, Colorado clinic we use energy medicine and special non-surgical laser therapy in order to help patients with Failed Back Surgery Syndrome

More and more research is comin out that shows knee surgeries are not an effective procedure for knee pain with meniscus or osteoarthritic conditions.

Telehealth: The Advantages of Telemedicine

Struggles to get to the clinic? Trying to reduce your exposure to COVID-19, as well as other contagious illnesses, and still need to see your doctor? Telehealth is safe and easy — receive quality care from anywhere.

COMBINING TREATMENT WITH EXERCISE TO “RETRAIN THE BRAIN” TRIGENICS® is a neuro-kinetic, sensorimotor assessment, treatment and training system which instantly relieves pain and increases strength and movement.

Functional medicine is a drugless, non-pharmaceutical approach that seeks to addresses the underlying causes of ill-health and disease, using a systems-oriented approach and engaging both patient and practitioner in a therapeutic partnership...

Concussions can also be described as a Traumatic Brain Injury , commonly known as TBI. Over 75% of all TBIs are mild, which means that there is only brief loss of consciousness or none at all. In most of these cases, the physical examination...

Natural Treatment for the Effects of Parkinson's Disease - Littleton, CO

If you would likeNeurofeedback Treatment and Parkinson’s Disease - Littleton, Colorado. While some researchers seem to foresee very promising effects from Neurofeedback training (also known as neuro-integration therapy) for Parkinson’s patients...